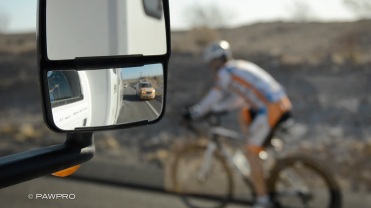 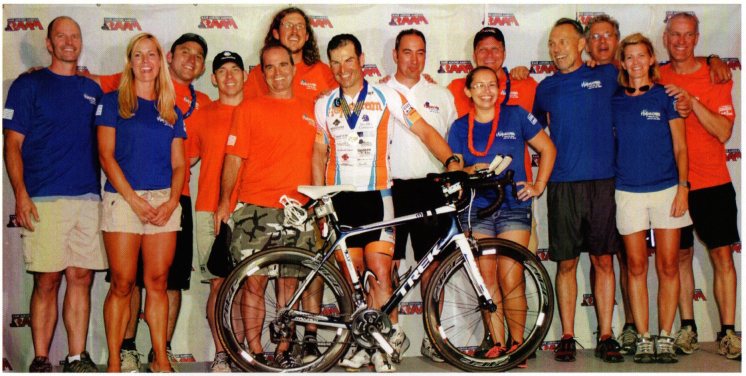 Five years ago I was part of a winning 11 person team supporting a rookie cyclist in Race Across America (#RAAM), a 12 day bicycle race across the United States.  This race is often called the toughest bicycle race in the world because it’s non-stop, 30% longer than the Tour de France and completed in nearly half the time.  I can attest to the rigor of this event on the athlete and the team as a whole.

Tuesday, June 13, 2017 cyclists, including the cyclist I supported, will head out again from Oceanside, CA on the RAAM course heading to Annapolis, MD.  The overall winner will cross in around 8 days, which is still astounding to me.  So, what’s it like to RAAM, you ask?

In my RAAM experience I was along for the ride, a one person media team, to document the experience through video and photographs, and build an audience by way of social media posts for the charity (Hopecam) for which we raced night and day.  I really didn’t know anyone on the team well.  We raised over $300,000.  We had three support vehicles–two minivans and an RV.  We also had a medic, nutritionist, a bike mechanic, and a massage therapist–most of us volunteered our time.  We slept and ate when we could, and shared beds as practical strangers.  There was little conflict, a lot of sweat and smelly feet, one instance of leaving behind a team member at a convenience store, no booze, a few good laughs, and everyone on their best behavior.  Near the completion of the race, fractures in the team caused by personality and generational conflicts and exhaustion were beginning to show, but the finish line was so close and our race going so well, no one dared to diminish his chances.  We all could see the finish line., and an end to our forced companionship.

At the end, our cyclist, finished tenth overall and first place in his age group, a resounding success as most rookies do not even finish this race.  It can’t be understated how important the role of the support team is in this event.  No competitor can complete this race alone, no matter how well he or she trains.  If the team falls apart, so does the racer.

I’ve been on many teams in my lifetime as a youth and adult athlete and media professional, a parent and a family member.  These worlds are all strikingly similar in this way.  I know how to be a good team member.  I might even say I have been on so many teams and become so accustomed to sacrificing myself to such a great extent that I have a hard time being without a team and focusing just on my interests.

As the race unfolded, I saw each team member go through his or her ups and downs–myself included.   Exhaustion affects people in different ways–bad decisions, irritability, mistakes, etc.  Many a time I internally lamented not being allowed access to the racer or the follow vehicle to have constant opportunities to videotape the cyclist especially at sunrise and sunset.  I thought this was a pretty critical mistake for this team’s effort–especially from a PR perspective.  Shots were missed as a result.  Moments were missed that would certainly have been useful.  At times I was asleep when I should have been awake which was unavoidable given the scale of this race.   I could have fought for the access, but I didn’t.  What would this have done to the team, I thought to myself?  Would it have put me at odds with the team leader and the cyclist who were weary of the nuisance of video anyway.

At times, I couldn’t think clearly enough to edit the segments.  I was doing the work of three or four people–shooting, interviewing, voicing, writing, editing, uploading, and disseminating.  After a while I worried I was getting the same shots over and over, and I was but that’s what was happening.  For large spans I had no cellular signal to upload.  I produced over thirty short videos during the nearly two weeks of the race.  During stretches I was awake over 48 hours, and conversely sound asleep with four or five people coming and going from the room where I slept.  I thank God I hadn’t seen the movie No Country for Old Men as I often was forced to go to sleep with motel doors unlocked so crew members could come and go as needed.

At some point during the race, I knew I had gained the trust and respect of my fellow crew members for my ability to function on so little sleep, to maintain a positive and upbeat attitude, and to remain neutral and avoid conflict.  At one point, someone even pointed out that they weren’t certain whose side I would be on in a conflict developing between the younger and older members of the crew.  When asked, I didn’t really answer the question.  I made a joke.  The fact is, I didn’t agree with every decision, I didn’t like everyone–young and old, but I focused on the job to be done and did it.  This is what it’s like to be in the midst of RAAM.

Good luck to all RAAM cyclists, but most of all good luck to all of your crew members. Be safe, be kind, be generous.  Remember cyclists, you couldn’t do this without your crew.  They are your biggest muscle that will get you through this endeavor, OR they can become the cramp or saddle sore that brings you to a halt if you forget their value.

Enjoy the ride!  Good luck to Team Race for Hope.